I Swear I'm Not Dead

I have an absolutely horrible cold. As is I'm pretty much brain dead, as well as throat-dead and nose-dead and achey.

So, I will distract you with this:


Bellwether Has Attitude by *DanisMuffins on deviantART

I promise to get back to writing as soon as I can think properly.
Posted by Bell at 9:42 AM 14 comments:

Rants Bell Will Not Be Posting 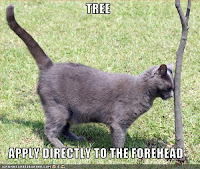 In recent news, my work on the Haste article is coming along nicely, hindered mostly by real life vacation. I'm managing to relax and relieve some of my former stress, and I've decided to try and be a little less negative about certain things. And, while there are many things I'm a little irritated by, I've decided...well, they're just not worth it. So, to tide you over while I finish up my vacation and some other articles, here's a list of rants I've decided not to post.

I think it's been said enough by now how bad some of these have turned out. My pug pet will be a long time in coming, especially as now I try to get it done with at least one person I know being in the party. Makes it a little more bearable, I say. 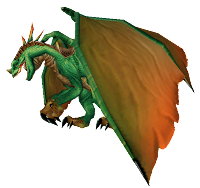 A Rant About Oculus

I have stated my utter disgust for the changes to this instance all over other blogs and Twitter. Any more bad vibes and spouting about what a mess was made of my favorite heroic and I'll just be belaboring the point on something that's never going to change back to it's former glory. I'm real subtle how I feel about the nerfs, though, huh?

Ranting About Guilds Who Use GearScore as a Recruitment Tool

Mostly because this just boggles my mind too much. I mean, seriously? "Must have a 4k GS or better to be invited." I seriously hope there are some other requirements, but just the mere fact it's being considered immediately sets off my alarms.

Well, there you have it. The rants you aren't going to see. Though, if you snoop around the comments sections of Miss Medecina's post about Oculus here and BBB's post here, you'll see what I mean about me belaboring the point.
Posted by Bell at 11:04 AM 2 comments:

Though not exactly answering the original question, this post was brought about by a question posed by Brigwyn from The Hunting Lodge on Twitter.

I don't really know when this started to be the "in thing," to check Gearscore before inviting people to a group. I don't know who started it or why. I just want to say, in my humble opinion (that you obviously wish to read as you're on my blog), that this is the stupidest thing I've ever seen.

There are multiple sites and addons that check the Gearscore of yourself and other people, and none of them do it the same way. So where on one you have a Gearscore of 5k on another you'll have a score of 2k. When someone asks you for your Gearscore, saying one could get you blocked while another could get you invited with stupidly high expectations of what your gear will turn out to be.

As far as I can tell, the Gearscore math works off of arbitrary numbers assigned to gear ilevel, gem rarity and enchant level. From what I've seen, there's nothing there about actual itemization, talent choice, experience...

What a useless, arbitrary mechanism.

I was in a ToC 25 where someone freaked out and left the raid because our raid leader didn't have a "good Gearscore." Though according to wow-heroes he did, apparently this guy's addon said otherwise. So he left, and we one-shot everything in ToC 25 with our PUG and our bad, bad Gearscores.

What in the world is the point of this Gearscore shenanigans? None of it matches up, you can trick it by just throwing on your vehicle-driving gear set. In fact, the only fights which Gearscore could be applicable would be Flame Leviathan, and even then...it's such a push-over without towers that there's really not even a need there.

I understand what it's trying to do. It's trying to streamline the process of accepting people into PUG groups so you don't have to go to the armory and check out their gear and specs and achievements yourself. But, really, there is no substitute to making sure, yourself, that the person who you are inviting is someone relatively competent in gearing, spec'ing and itemizing.

So, hey, stop being lazy and relying on a broken, arbitrary scoring system to make your decisions for you. And stop asking me about my "GS." I don't know it and I'm not looking it up.

To end on a positive note, if you still want to be super lazy, check out the Elitist Group addon. It's a little more in-depth than Gearscore tripe, but it's still no substitute for actually knowing what to look for in a PUG member.
Posted by Bell at 11:11 AM 31 comments: